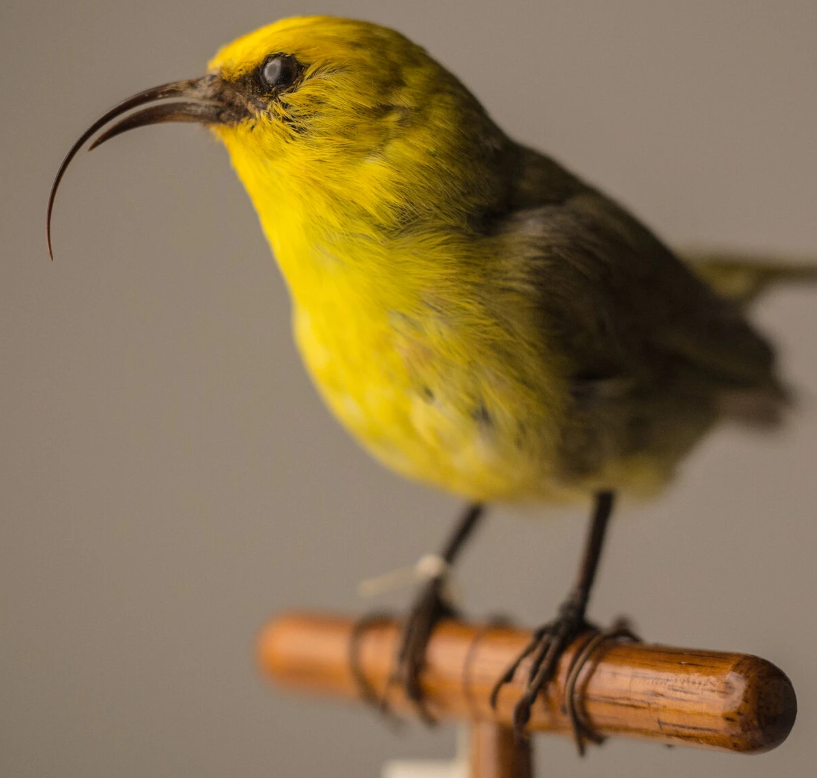 Did he who made the Lamb make thee?

In the old days, humans threatened animal species by rapaciously hunting them for meat, skin, fur and ivory. Now we have found more efficient ways of wiping out not just individual creatures but entire species.

The unthinkable has happened! The last living members of 34 different species died without offspring, without a funeral, and barely a ripple in our thoughtless news cycles. The number of extinct species we are aware of is 34. In reality, however, this could be a bigger number and is destined to grow in the near future to literally millions – another example of a tipping point where we are tempting fate.

Federal wildlife officials announced on September 27, 2021 that 23 new species were taken off the endangered list (New York Times article, Boston Globe article) including the ivory-billed woodpecker native to Louisiana and the Maui nukupu’u pictured above, courtesy of the New York Times. This set is in addition to 11 species that were previously taken off the list. They were taken off the list not because they are thriving, but because scientists have declared them extinct. I guess it is hard to be endangered when you’re extinct!

“Each of these 23 species represents a permanent loss to our nation’s natural heritage and to global biodiversity,” said Bridget Fahey of the Fish and Wildlife Service. “And it’s a sobering reminder that extinction is a consequence of human-caused environmental change.”

Amy Trahan, a biologist with the Fish and Wildlife Service placed a check mark next to “De-list based on extinction” for the ivory-billed woodpecker and said, “That was probably one of the hardest things I’ve done in my career. I literally cried.” 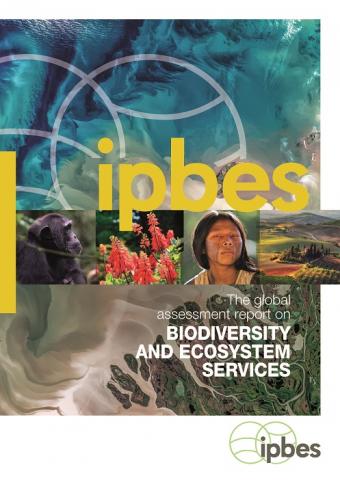 In May of 2019, the United Nations released a 1,500-page report (see here for a summary of findings) describing a global biodiversity crisis in which millions of species will be wiped out in a matter of decades if we do not take action. The three reasons for extinction are clearly understood. The first is economic development in general (e.g., damming rivers, cutting forests, building housing, pollution from development) that destroys natural habitats. The second is overfishing and poaching. And the third is climate change. While the first two are well-understood, we are just beginning to fathom the extent of the third.

The Audubon Society published a brilliant report in 2020 called Survival by Degrees in which they documented the shrinking habitat of a variety of bird species due to climate change. Subtle effects can be devastating. For example, warming can lead to mosquitoes spreading avian malaria in regions where it was previously too cold for mosquitoes. Such changes can wipe out a bird species at an extremely rapid rate. The report identifies 389 species that are threatened.

Flora are threatened in addition to fauna, and one of the 23 species recently declared extinct is a plant (Phyllostegia glabra var. lanaiensis in Hawaii). It’s “Code Red” for giant sequoia trees in California that are 100s of years old and previously thought to be fire-resistant. They are now severely threatened by forest fires as reported in The Guardian! These trees have been adept in evolving and adapting over the decades but have now met their match in a rapidly changing climate.

We should note that not all 34 species suddenly disappeared in September 2021. Some of them have not been spotted in decades and were perhaps extinct when the Endangered Species Act was passed in 1973. Recently, scientists finally gave up the search and declared them extinct, to focus conservation efforts on species that can be saved. To give the Endangered Species Act credit, 54 species have populations that have recovered, while 48 have moved from “endangered” to “threatened” and 34 declared extinct. Since the year 1500, at least 680 species have gone extinct.

Different faith traditions honor the dead in different ways. Should we fly flags at half-staff? Should we sit Shiva for seven days? Should we go into a 1-year period of mourning? We are in unprecedented territory here, because we are not just honoring the dead, we are honoring the end of an entire species after eras of existence! Should we declare a century of mourning? Sing 34 dirges every day?

Of course, you could ask, “Why should I care about extinct species? I’ve never seen an ivory-billed woodpecker anyway. I don’t know much about mussels and bats. While tubercled-blossom pearly mussel, Maui nukupuʻu, Bachman’s warbler and bridled white-eyed bird may be fancy and pretty-sounding names, they mean nothing to me.”

A simple answer: what goes around comes around. Preservation of nature is self-preservation for humans. If we take care of nature, nature takes care of us. If we forsake nature, nature will forsake us. The answer could be couched in logical, scientific, religious, economic or philosophical terms, but the answer is the same. We all need food, water, air and materials like wood and minerals. The United Nations report makes clear that biodiversity is linked to things like food security and clean water. Just in the Americas, nature provides $24 trillion of non-monetized benefits such as forests absorbing carbon dioxide, wetlands purifying drinking water and coral reefs sustaining tourism and fisheries. The loss of species is a warning bell to all of humanity. The only question is whether we will listen this time.

One wonders whether William Blake was referring to a “tyger” or humankind in his immortal words:

When the stars threw down their spears
And water’d heaven with their tears,
Did he smile his work to see?
Did he who made the Lamb make thee?

If this saddens, frightens, angers or motivates you, do what you can to stand up for voiceless species. Join or support CURE100, Croton100 or any of the many environmental organizations that educate and advocate for sustainable living for all.

1 thought on “34 Genocides and Counting”