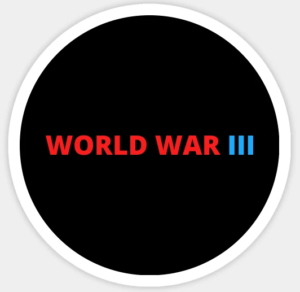 Are We Waging a Climate War Yet?

I once received a letter from the Carter Center in which former President Jimmy Carter urged me to donate money so that he could “wage peace” all over the world. I remember thinking at the time that the wording was clever. It indicated to me that President Carter was proposing a proactive and vigorous effort to achieve peace. Surely if we treated peace as a matter of life and death (which it is) and understood that our way of life depends on it (which it does) and fought for it with the same resources and vigor we put into fighting wars, we would be able to make progress! I found the words powerful!

Which leads me to the question, “Are we waging a climate war yet?” Are we treating it as though our way of life depends on fighting for climate stability (which it does)? Are we treating it as a matter of life and death (which it is)? Are we pouring our resources and smarts and vigor into the battle? Is there a good reason to rally around this cause and endure personal sacrifice in order to win? In other words, are we fighting climate change on a war footing?

You’re probably thinking that it’s a bit extreme to use a military analogy in our climate fight. But is it really? Let’s see… for the analogy to fit, we need a mortal enemy, and we have one in this case: greenhouse gases. We need to have dire consequences of losing a war, and we have it in this case: a massive loss of habitats, extinction of species, sea-level rise, perilous weather events, catastrophic droughts and fires, etc. We need an enemy who is smart, persistent, difficult to outwit, well-funded, well-subsidized, well-entrenched – the fossil fuel industry is all of those things. We need a theater of operations, and in this case, it is the entire planet. The enemy needs to have destructive weapons of mass pollution (WMP) and in this case they are coal power plants, gas power plants, internal combustion engines, furnaces that most of us have in our homes, ships, airplanes, oil and gas wells, and the like. We have a new generation of weapons to fight the war like solar panels, wind turbines, battery storage, electric vehicles and heat pumps. 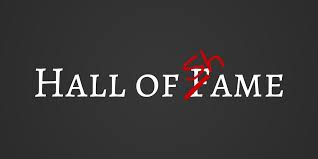 On a planet far, far away, there’s an inter-galactic tourist stop called the “Wrong Side of History.” It is a veritable hall of shame in which people who made fatal mistakes that led to human and planetary disasters are profiled. Those who said cigarettes don’t cause cancer,

those who said women shouldn’t vote, those who said all men are created equal but slaves are not men and women are not even worth mentioning, those who said gays cannot marry, those who fought the abolition of leaded gasoline and asbestos and freon… you get the idea. And the highlight of this inter-galactic refueling spot is a special room profiling 51 senators who in 2022 didn’t want to even begin the fight against climate change.

It has been nearly eight decades since this country was in an “all-in” war mode and the major powers of the planet were involved in a conflict. Every able-bodied person in the country had to contribute to the war effort because it was for the common good. Factories stopped making cars and household appliances and instead started building tanks and airplanes. Businesses and private citizens made sacrifices so that we had the best possible chance of winning a war – that’s how important the war was. And thank goodness for the war footing approach we brought to that situation! Anything less and this world would be a different place.

In a moment of pensive over-exuberance, I imagined what it would be like if we fought climate change like we fought World War II.

1. The pacifists argued to keep America out of the war for a long time, but once we decided to pitch in, we were ‘all in’ and every patriot lined up to help. We need to achieve the same type of consensus with the climate war and stop reciting the same justifications and rationalizations over and over. No more halls of shame! Dear Senate, if you are an Earth patriot, you must support the war effort.

2. Just recently, we were up in arms that we left behind military gear for the Taliban in Afghanistan. Who in their right mind would arm the enemy? In the climate war, however, we do that routinely. We are providing weapons of mass pollution to the enemy every single day, and if that weren’t bad enough, we are pulling the triggers ourselves! If we were truly on a war footing, we would not build any more furnaces, coal plants, gas plants, internal combustion engines (i.e., fossil fuel vehicles), ships and airplanes, and quickly stop using those we foolishly built in the past. The flip side of this is that we would rapidly ramp up wind turbines, solar panels and electric vehicles in order to maintain our way of life.

3. The Intergovernmental Panel on Climate Change (IPCC) has said that we need “rapid, far-reaching and unprecedented changes in all aspects of society.” To me, “unprecedented” means ignoring precedents and doing things boldly and with a new approach. Words matter!

I was recently once again despairing that almost nobody has taken this to heart. In the village of Croton on Hudson where I live, we are in the midst of a year-and-a-half debate whether to allow a solar array to be erected on a small portion of a local golf course, at the cost of taking down some trees and disturbing steep slopes. The carbon equation is clearly and un-debatably in favor of the solar array. Each tree that comes down will do the same good as 20 full-grown trees by replacing “brown electricity.” However, a local decision maker and some influencers have stated they are not in favor of the solar array because it would “set a precedent” in terms of violating a 20th century decision to preserve the open space with a steep slope. Now if this were a real war and the entire golf course were needed as a temporary airstrip, I believe it would be approved in a heartbeat, steep slopes be damned! How can we achieve “unprecedented changes in all aspects of society” and still oppose taking actions because they will break with “precedents?” How can we use such arguments to justify stopping critically needed renewable energy progress with permit issues? We are not yet at the right level of commitment to change. Words matter…

4. World War II was the perfect example of public enterprise, personal sacrifice and ingenuity coming together to achieve the impossible. Whoa, isn’t that exactly what we need here? Of course, we need Government and our utilities to do more, but surely each of us can drive fewer fossil miles, eat a little less meat, insulate our houses better and switch to heat pumps?

Right now, we are losing, and we will not win this war unless we fight it on a war footing!

On the other hand, saving our planet will have many pleasant side effects. The rapid transition, like during World War II, will lead to an unprecedented era of innovation (thanks to Mother Necessity) and an economic post-war boom would result.

Here’s another wistful thought. Since most people don’t understand the physics of climate change and since there is no topic that is more distorted in the public sphere, can we just pretend that an alien force is insidiously destabilizing our climate? We would be up in arms, our blood would be pumping, and we would be fighting on a war footing! We will gladly fight evil aliens! Existential problems caused by ourselves: nah. 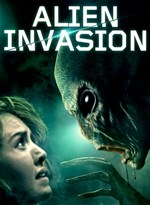 Do we need a climate draft? Barring that, climate soldiers, anyone? Meet us, join us, sign up for our newsletter, take our pledge, learn about our campaigns and attend our chapter meetings at https://cure100.org.